Florida Supreme Court Recedes From Frye and Reverts to Daubert

After a decades-long debate between use of the Frye standard for the admission of expert testimony in Florida state courts and the more-stringent Daubert standard, the Florida Supreme Court had initially put the argument to rest in a 2017 opinion adopting Frye as the standard.  We wrote about that opinion here.  However, in an unexpected move by the 2019 Florida Supreme Court, Justices Canady, Polston, Lagoa, Muniz, and Lawson formed a majority that announced a decision on May 23, 2019 to “recede” from the 2017 Frye opinion and, instead, make Daubert the standard for admission of expert testimony in Florida state courts. 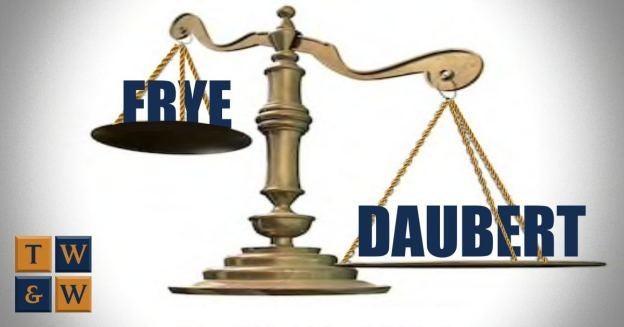 Under the Daubert standard, the judge, as opposed to juries, is granted much more control over the admission of expert testimony.  Where Frye relies on the scientific community to determine reliability, Daubert relies on the scientific savvy of trial judges to determine the significance of the methodology used.  In many civil lawsuits, the case cannot proceed to a jury without expert testimony.  Meaning, if a judge finds an expert's opinion does not meet the rigid Daubert standard, he or she can strike the expert's opinion and prevent the case from ever being heard by a jury.

In essence, this decision by the Florida Supreme Court will prevent cases from making their way to people like you, to be decided by the public. Justice Labarga, in his opinion dissenting from the majority's opinion said: “the Daubert amendments create a significant risk of usurping the jury's role by authorizing judges to exclude from consideration the legitimate but competing opinion testimony of experts.”

Skepticism About the Validity of This Opinion

Justice Luck also dissented from the majority opinion alleging the majority did not follow the proper procedures to be able to make a change to the Florida Code of Evidence.  These procedures require a period of time for committees and the Florida Bar Board of Governors to study proposed rule changes and make recommendations before a rule change is implemented.  Justice Luck asserts that the majority's decision to rely on the review process from 2017 to make a change now, in 2019, was improper and that the majority did not follow the proper procedure as set out by Florida law to give them the authority to make this, a very radical, rule change.

We will be curious to see whether and what kind of push-back the Florida Supreme Court may receive from this, or whether there will be any further judicial review.  This was a surprising and incredibly significant change to the Florida Code of Evidence, limiting an injured citizen's ability to get access to justice by having his case heard by a jury of his or her peers.