Injury by a Drug, Device, or Medical Malpractice

If you have been injured by a drug that was prescribed to you that you took or a device that was used on you during a medical procedure or treatment, and you were injured as a result, you may have a claim for liability against the drug or device manufacturer, retailer, or distributor.  It may also be possible to bring a claim for medical malpractice if the doctor, nurse, or other provider did not meet the applicable standard of care while treating you and this lack of proper care caused your injury. 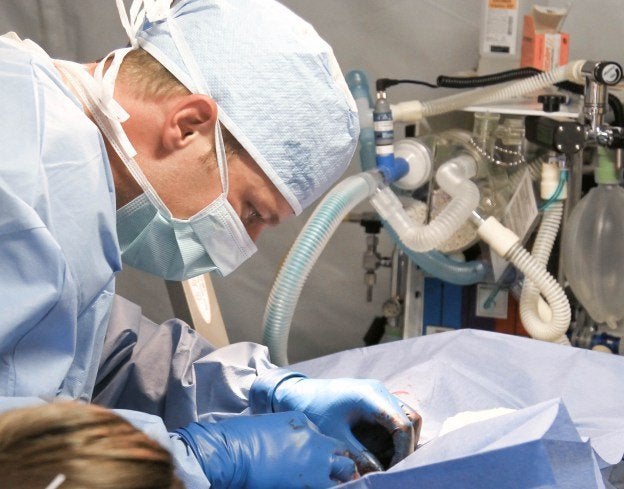 Drug-based product liability claims are similar to other defective product claims in that you are required to prove that you took a certain drug and that it was, in fact, the drug that caused your injuries.  Much like defective product claims, there are different ways to establish liability for a defective or dangerous drug, either in the manufacturing process, in the side effects the drug causes (like a design defect in any other product), or in the testing or marketing of the drug and the warnings provided with the drug. 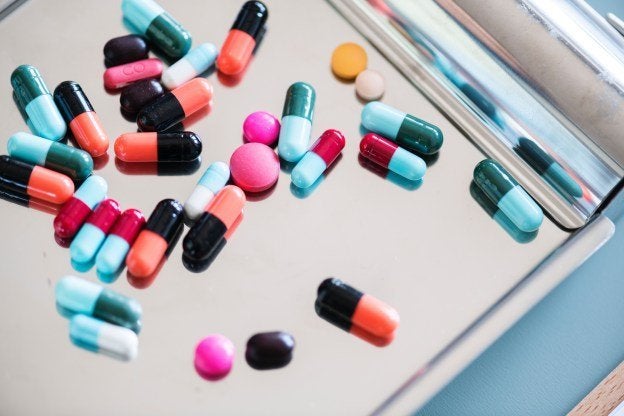 Drugs with Dangerous Side Effects

This is a more common type of drug defect than a manufacturing defect.  More often than not, drugs are manufactured and packaged correctly.  However, it is often the side effects caused by the drug that can be worse than anticipated or tested by the manufacturer and prove to be dangerous to the patient.

Often time drugs are on the market for years before a connection is made between the drug and significant, sometimes deadly, side effect.  Think of drugs that were offered in the 1970s to treat something minor, but decades later it is discovered can cause birth defects when taken by women who are pregnant.  It is possible that lack of testing or other negligence on the part of the manufacture may be sufficient to establish liability for a terrible side effect caused by the drug.

These cases often develop into class actions because there are so many patients who took the drug and have injuries and damages to claim.

In some cases, the victims may claim that the manufacturer knew of the danger but deliberately concealed it. If the victims can prove this, they will get more money in the form of punitive damages.  This might bring to your mind some of the tobacco litigation where punitive damages were awarded because evidence showed the cigarette companies knew nicotine was addictive and dangerous yet they took measures to hide this from the public.

Here, the term "marketing" of a pharmaceutical drug actually refers to the warnings, instructions, or recommendations that are provided with the drug that inform the patient about use of that drug. Within this category, there is the failure to warn claim, which is one of the most common product liability claims against drug manufacturers.

If a drug manufacturer fails to provide adequate or accurate warnings regarding a dangerous side effect or the safe and appropriate use of the drug, the manufacturer will be liable if this failure causes injuries. This liability can extend to not only the manufacturer, but also the sales representative, the pharmacist, or even the doctor or medical provider depending on who gave the patient the “bad advice” concerning use of the drug that caused the injury. 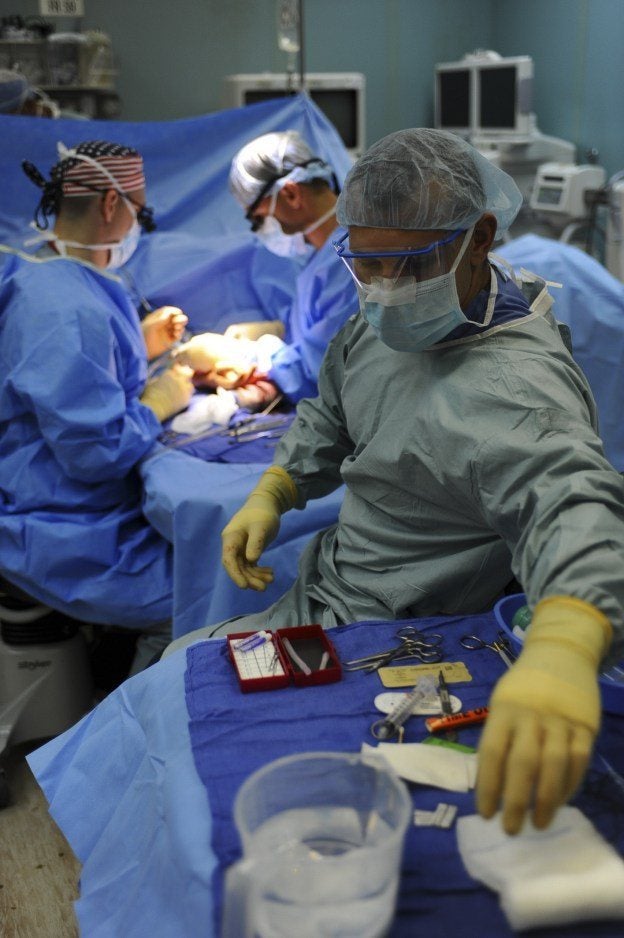 Some injuries that occur in the health care setting can be attributed to defective medical devices, instruments, implants, and other medical products used during surgery or other treatment. Because these claims are made against the device manufacturer, as opposed to the doctor or other provider that was using the device, they operate much like standard defective product liability claims.

Meaning, there are three types of defects a medical device can have:

Failure to warn and failure to properly test drugs before they enter the market can often prove difficult claims to pursue because there are many regulations issued by the U.S. Food and Drug Administration (the “FDA”) that are applicable to pharmaceutical manufacturers.  The degree of regulation will depend on the dangerousness of the drug or device.  For example, while a basic syringe needle might have minimal regulation, a laparoscopic surgical tool for use on the heart will have far more.

Statute of Limitations on Drug and Device Claims

Like any other defective product liability claim, the statute of limitations for a claim against a manufacturer, retailer, distributor, sales rep, or health provider for a defective drug or device is four years.  This can prove a short amount of time when you are dealing with your injuries, trying to recover, and it is not discovered until late in your treatment that you may have a drug or device claim.  If you think you have a claim for a defective drug or device, the best thing you can do to help protect and preserve your rights is to contact experienced medical liability attorneys like the attorneys at Taylor, Warren, Weidner & Hancock as soon as possible to discuss your claim.

If you have been injured due to a doctor's misconduct or error in judgment, you may have a medical malpractice claim. In Florida, the requirements for initiating a medical malpractice action against a health provider are higher than in other states as the plaintiff must file with the complaint a sworn affidavit from another provider (meaning, another doctor or nurse), practicing in the same area of medicine, that states under oath the care provided that forms the basis of the complaint did not meet the standard of care.

A doctor, nurse, or other healthcare provider can be liable to the patient for injuries caused by the provider's failure to meet the standard of care.  The standard of care in Florida is simply “that level of care, skill, and treatment which, in light of all relevant surrounding circumstances, is recognized as acceptable and appropriate by reasonably prudent similar health care providers.”  Basically, this means: what a prudent doctor would have done in a similar situation. 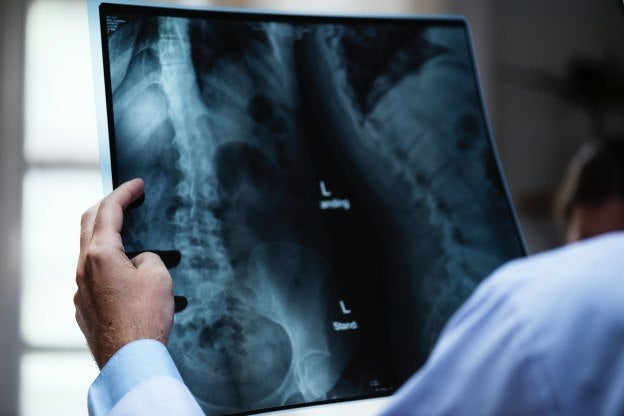 As you can imagine, this element of a medical malpractice action—i.e., did the provider meet or fail to meet the standard of care while treating you—often becomes the most disputed. However, in addition to this element, you must also prove:

The law in Florida (and most other states) does not require perfection—meaning, the doctor or provider performs perfectly all of the time.  The law understands even doctors and nurses are human and will make mistakes from time to time.  The means that even if a mistake on the provider's part helped contribute to your injuries, this may not be enough to support a claim for medical malpractice if the provider, even though a mistake was made, still met the standard of care.

However, there are some situations where a mistake on the doctor's part can establish a failure to meet the applicable standard of care, making the doctor or other provider liable to you for damages caused by the mistake.

While there are many, many ways a healthcare provider can cause harm to you while rendering treatment, these are some of the more common medical malpractice actions we have seen:

In Florida, many causes of action are subject to a deadline within which you have to file suit in order to pursue your claim.  This is known as a “statute of limitations.”  The statute of limitations for medical malpractice claims in Florida is two years, a considerably short amount of time considering the many months you may need to spend in treatment and recovery.

Get Help with Your Drug, Device or Medical Malpractice Claim

Medical malpractice actions are often the most costly and lengthy cases to take to trial.  They often require multiple experts on either side of the case, numerous depositions, thousands of pages of medical records, and many, many hours put in by the attorneys on either side.  Trying to pursue your medical malpractice claim on your own is incredibly risky and, in most cases, will likely prove financially impossible.  The evidence required to prove a medical malpractice claim is often very complex and very hard to find.  If you think you have been injured as a result of a drug, medical device, or medical malpractice, contact our experienced attorneys immediately.  We never charge any fee or cost to sit down with you, talk about what happened during your treatment, and advise you of your rights.