How Well is Your Property Protected: 8 Types of Homeowners Insurance Explained

Your home is your most important asset.  Many homeowners in Mexico Beach and the Panama Beach City area who were impacted by Hurricane Michael are reading their policies trying to understand why their insurance company has offered to pay an amount that will not come close to repairing their homes or replacing their lost personal items.  It's important to understand the different types of insurance to make sure you have the best coverage for your home before something happens.  Here are eight common types of homeowners insurance and a brief overview of the coverage each one provides.  If you have any questions about your homeowners insurance or would like a free policy review and coverage explanation, please contact us. 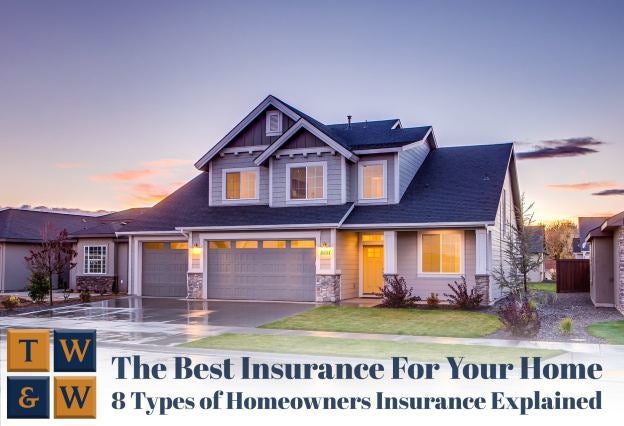 The HO1 Basic Form is the most basic policy and only pays if the damage was caused by a specific hazard.  For this reason, it is sometimes referred to as a “named peril” policy.  If the damage was caused by any peril that is not named in the policy, then the loss is said to be “not covered” by the policy and the homeowner must pay for the repairs themselves.  The H01 Basic Form policy typically only covers damage resulting from the following ten hazards:

Basic HO1 policies are not issued as frequently as they once were as mortgage companies often do not find this is sufficient protection of their collateral (your home).  The basic HO1 form does not provide coverage for flood or earthquake.  It also generally only provides coverage for the structure only, or certain interior personal property items as long as they were identified at the time you purchased your policy.

The HO2 Form is very similar to the HO1 in that it only pays for damaged caused by named perils.  The H02 covers the same ten (10) perils as an H01 policy but typically also provides coverage for damage caused by these additional named perils:

Although an “all risk” policy sounds rather assuring for the security of your home that is typically not the case.  The “all risk” policy has a long list of perils that are not covered in a different section of the policy called “exclusions.”  The section of the policy that explains what is not covered (or excluded) is much longer and detailed than the section which explains what is covered. Damage caused by the following perils are generally excluded in a HO3 policy:

HO4 insurance is a named peril policy and is most commonly referred to as “renters' insurance” as it offers coverage for tenants living in homes or apartments they do not own.  Whether you rent a home, condo, townhome, or apartment, if you purchased insurance, you most likely have HO4 insurance.  HO4 policies usually provide coverage for damage caused to personal property by the same sixteen (16) perils named in the HO1 and HO2 sections above.

The HO5 policy is an “all risk” policy for both your home and your personal property. Again, this means direct physical loss to your property is covered unless it is expressly excluded. The exclusion list for HO5 policies is generally the same as the twenty-one (21) perils outlined in the HO3 section above. Generally, if your home and/or personal property are damaged by something that is not on the exclusion list, then you have insurance coverage. The HO5 policy provides the most extensive coverage that is offered. It is one of the most elite home insurance policies available to homeowners.

The HO6 insurance Policy is commonly referred to as “condo insurance” as it is the most common type of policy used to insure town homes and condos in the United States. HO6 is a named perils policy. Meaning, it specifically lists the perils that are covered in the policy.  These generally include the same sixteen (16) perils listed in both the HO1 and HO2 sections above.

HO7 is essentially the same as a HO3 policy but is designed specifically for mobile or manufactured homes that do not fall under regular homeowners insurance coverage.

The HO8 Home Insurance Policy is specifically designed to offer some protection for homes that are 51 years of age or older whose value is less than $200,000.00.  The H08 is a named peril policy with very restrictive coverage.  This policy will pay out significantly less for the same loss compared to an HO3 policy.  The HO8 policy is typically only appropriate for homeowners who have the financial resources to cover a larger portion of a loss out of pocket.  However, due to many insurance companies' underwriting criteria, this may be the only coverage form offered to protect your home.