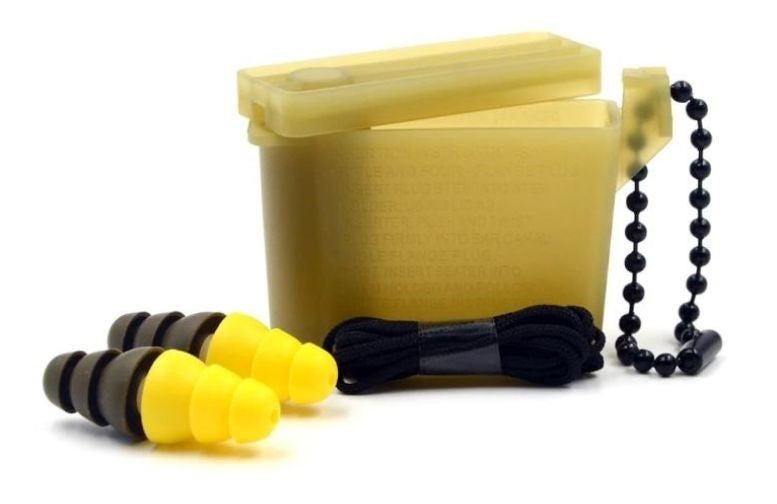 If you used dual-sided Combat Arms 3M Earplugs™ after 2003 and suffer from tinnitus or hearing loss, you may be entitled to compensation

TWW attorneys, Phillip Warren and Keith Weidner, relied on earplugs to protect their hearing when they served in the United States Marine Corps.  When TWW learned the government brought a claim against 3M for knowingly selling defective earplugs, we knew the victims of this injustice were the people who relied on those earplugs.  We believe 3M should be held accountable to the victims and have to compensate those who suffered from tinnitus or hearing loss as a result of their defective earplugs. 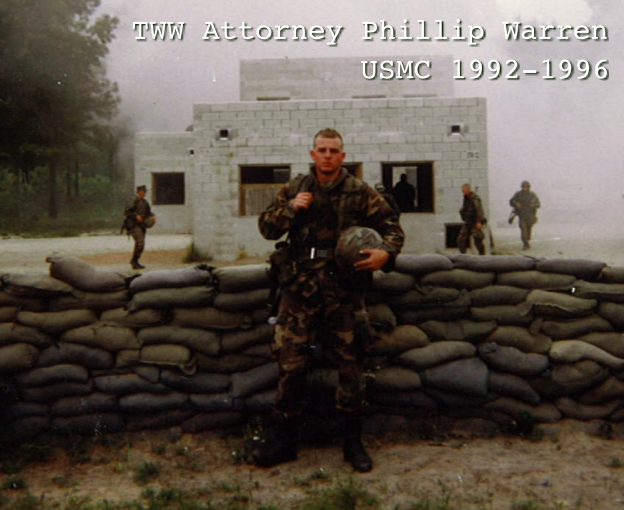 In July 2018, 3M paid $9.1 million to settle allegations from the Department of Defense claiming 3M sold dangerous and defective Combat Arms Earplugs™ (CAEv2) to the U.S. Military for years without warning they were defective. The lawsuit alleges the earplugs were defectively designed in that they were too short for proper insertion into the service members' ears.  This allowed the earplugs to imperceptibly loosen and dangerously expose thousands of users to hearing damage. 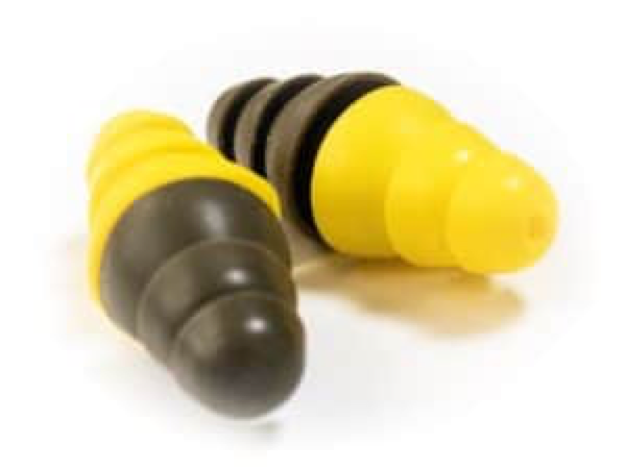 Lawsuit alleges 3M knew the CAEv2 earplugs were defective as far back as 2000 and continued to sell millions to the U.S. Military

The earplugs were originally manufactured by Aero Technologies, which 3M acquired in 2008.  The Department of Defense has alleged that Aero and/or 3M employees were aware of the alleged design defects in the Combat Arms earplugs as early as 2000, years before 3M became the exclusive provider of earplugs to the U.S. Military.

The Combat Arms earplugs were designed to provide two levels of hearing protection.  The earplugs offered “closed” and “open” settings that were intended to protect the user's ears from loud, dangerous sounds—such as a gunshot—but still allow for limited ambient hearing—such as a whispered command or approaching enemy. 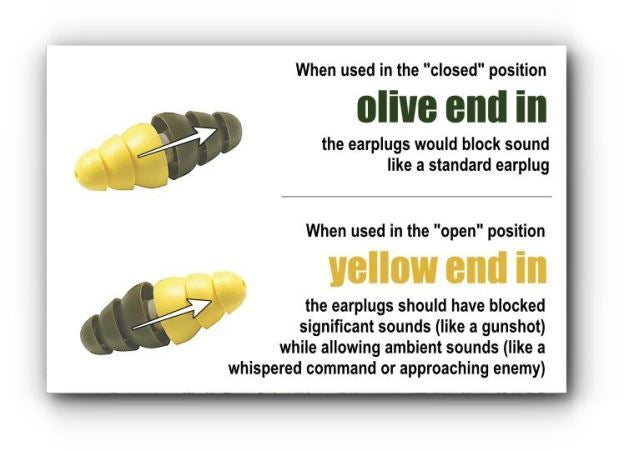 Evidence now indicates 3M knew the earplugs contained a design defect, as they were too short for proper insertion and tended to gradually move out of place.  This rendered them ineffective and dangerous for service members to use in the field.  This information, however, was never provided to the U.S. Government or to military personnel as 3M continued to make millions selling these defective earplugs to the U.S. Military.

As Veterans ourselves who served in the USMC, we find 3M's conduct—in knowingly selling defective earplugs to those who were serving in protection of our country—unconscionable.  At TWW, we plan to pursue 3M to the fullest extent possible to compensate injured victims. 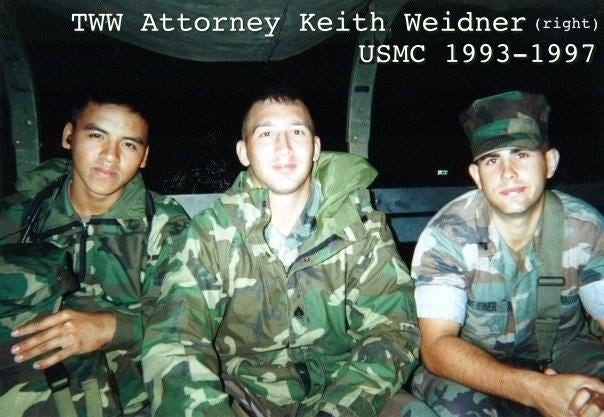 The dangerous design of Combat Arms Earplugs™ made by 3M is alleged to have caused the earplugs to subtly loosen while being worn.  This defect would allow dangerous sounds to enter the ear canal and cause hearing damage, one of the largest ongoing medical problems facing Veterans today.  Sadly, many servicemembers were exposed to damaging sound levels after using these defective 3M Combat Arms earplugs.  Hearing loss can have a huge impact on quality of life.  Depression and anxiety can often be caused by hearing loss and affects millions of Veterans.

3M's Defective Earplugs Were Used During These Conflicts

Many victims were exposed to damaging sound levels after using 3M's defective and dangerous earplugs while fighting in the following conflicts:

Our attorneys, Phillip Warren and Keith Weidner, who served in the USMC, are seeking the fullest recovery possible from 3M to compensate injured victims.  If you wore 3M Combat Arms Earplugs ™ after 2003 and have been diagnosed with, or are suffering from, tinnitus or hearing loss, contact us immediately for a free, no-obligation confidential case review. 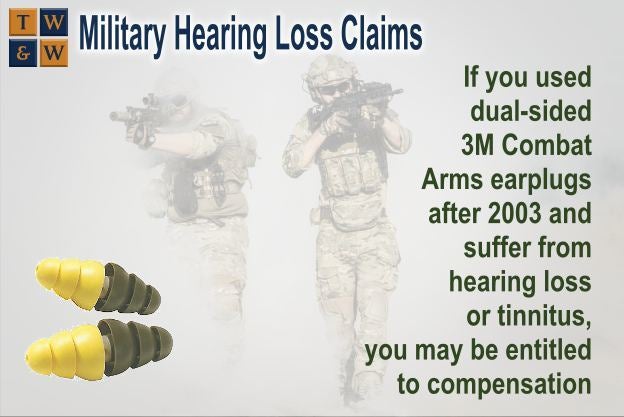 Are You Eligible for Compensation?

Hearing loss can have a huge impact on your life, affecting your interaction not only with family and loved ones, but also co-employees, clients, or customers and can cause diminished earning potential, as well as anxiety and depression. If you or a loved one used the 3M dual-ended Combat Arms Earplugs after 2003 and have been diagnosed with hearing loss or tinnitus by a healthcare provider, you may be eligible for compensation.  Contact TWW attorneys Phillip Warren or Keith Weidner immediately for a free, no-obligation legal consultation to find out if you are eligible for compensation.  (850) 438-4899   [email protected]