At TWW, we want to help kids in our community pursue their dreams, including the dream to fly! ✈️ To do so, we launched a social media campaign to give away one seat in the National Flight Academy's Fly Like the Blues Cruise, Nov. 9-11, 2019. During the Cruise, student-pilots stay overnight aboard the NFA's flagship for three days and work in a team squadron format to collaborate and complete missions. Facilitators and chiefs challenge them to use critical thinking, problem solving, creativity, innovation, teamwork, and information gathering as well as communication technology literacy and adaptability. At the National Flight Academy, ambition is guaranteed. Check out the impact the NFA is having on our community's inspiring students:

TWW Attended and Was Very Impressed By the Flight Academy

Taylor, Warren & Weidner participated in a National Flight Academy retreat several years back where the attorneys and staff had to work together to make calculations and tactical decisions, much like the students will in this Cruise, and the team was really impressed with the program, the NFA staff, the educational opportunity, and the amazing flight simulator. We want to give this valuable team-building, problem solving lesson to a child in our community. 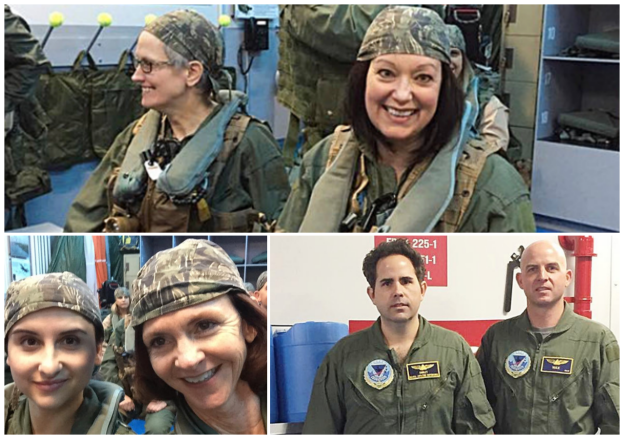 We accepted nominations from any Escambia or Santa Rosa parent who wanted to enter their 5th-8th grader along with a few sentences telling us about their awesome student and why he or she wants to learn to fly like the Blue Angels and a photo we could share. We were excited and impressed by the variety and character of the student nominations we received. The firm decided to select two finalists internally from a vote by our staff and attorneys and put those two finalists up on our Facebook page for a final vote by our followers. As you will see from the touching write-ups below, it was very difficult to decide, but we are excited to give one of these amazing students the opportunity to build their confidence and team-building skills during a National Flight Academy cruise. Our internal selections are below, followed by the entirety of the nominations received.

At the outset, we must say how very tough it was to decide among all of these well-qualified, adventurous students.  As such, we have decided to donate another seat on the National Flight Academy's Fly Like the Blues Cruise next year as well so there will be more opportunities for these and other students to win.  After putting the nominees to a firm vote, by a very slight margin, the group selected to following two finalists to put up to our Facebook following for a final vote:

We put Esther and Tyler up for a final poll vote on our page beginning October 2, 2019 with the final vote being announced on Friday, October 4, 2019.  We are so excited to see who our followers choose! 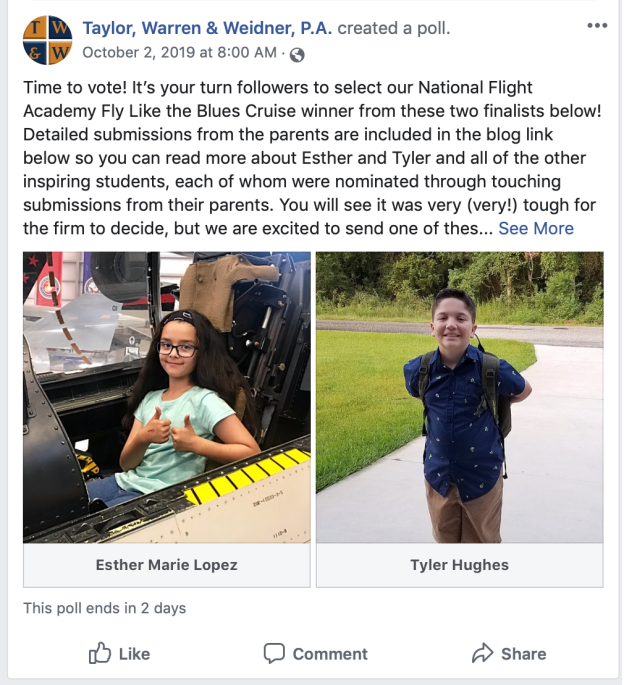 Here are the nominations we received: 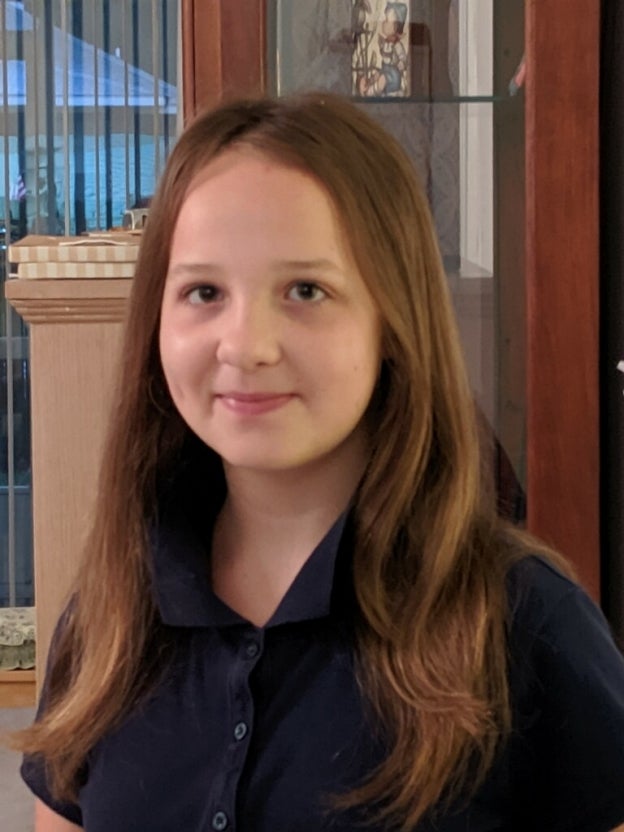 I would love to nominate my 10 year old, Shelby Horton, for the Fly Like Blues Cruises.

Shelby is a 5th grader at Bagdad Elementary and is my curious, adventurous daughter.  She loves watching the Blues whenever we get a chance, as well as always running outside to watch the  aircraft that go over our house from Eglin for training exercises.  She loves visits to the NAS Flight Museum. Her uncle is a Loadmaster in the Air Force and her dad and grandparents were in the Navy.  Ever since she was little she has always been fascinated by flight. An opportunity like this would just make her world. It's been a rough summer for our family and I would love to see her have an opportunity that would not be possible otherwise.

She has been through a lot this summer - my husband (her step dad) lost his leg in a truck accident.  Instead of all her normal summer activities she asked if she could stay home and help - which allowed me to go back to work.   She grew up a lot this summer, more than I would have asked of her. I would love the chance to treat her to something she would enjoy.

Thank you for your consideration. 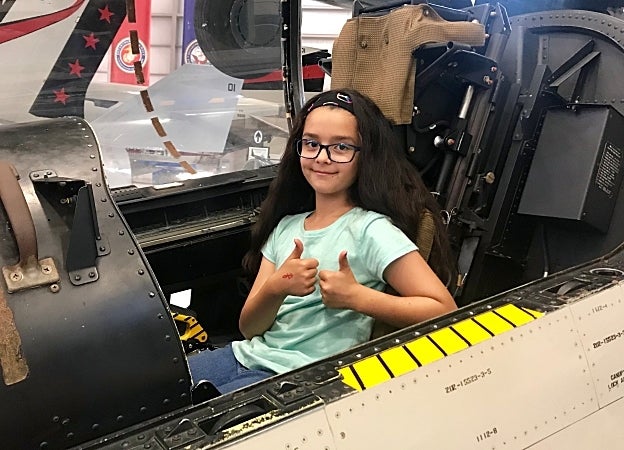 Good morning Team Taylor, Warren, and Weidner!
Please accept this nomination for Esther Marie Lopez, in consideration of sponsorship for the 9-11 November 2019, Fly Like the Blues cruise at the National Flight Academy.
Esther is a 5th grader attending N.B. Cooke elementary through school choice as a military child.   Over the past couple of years Esther has developed a great interest for aviation and engineering.  Her favorite place to get away to is the Naval Aviation Museum. To her hot summer days mean asking to cool off at the museum; where she loves getting lost amongst the exhibits, always marveling at the aircraft, avidly reading the informational placards, and listening to the docents as they share their experiences. She is currently working on her history fair project for school and promoted to her group about researching girls in aviation; they all agreed and are now learning everything they can about Jackie Cochran ,the first woman to break the sound barrier and a jet test pilot.
Esther, is hardworking, creative, and a young growing compassionate leader. She is unusually empathetic for her age and is inclusive in behavior. Kids and parents from all over the neighborhood and school seek her out for her positive influence.  On her own accord at the end of last school year Esther, submitted an application and short essay to apply for being apart of her school's safety patrol this year.  By her merit she was selected, and in so she has committed her school year to waking up extra early (5/5:30 am) to get ready and be present well before school starts to greet and encourage safe practices of her peers and younger students in loading and unloading the car line. Her additional interests in taking care of animals and the environment has led her to coordinating within the neighborhood kids a “green team” for picking up trash in the park and getting the broken playground items fixed.  After she coordinated this team, I only found out about it because they wanted help fashioning little badges to feel official. I just found out this past week that she has sought out training at church to become a member of Kids Crew to help the adults and start being a kid mentor.  I say “found out” on these events because all of them have been self-led initiatives that we talk about as we have our “how was your day” talks each afternoon/evening when I get home from work.
She has worked to save money and paid to attend the flight academy's special Girls in Aviation STEM Saturday this year. This is so important because she has already encountered adult neigh-sayers who have although well meaning still put her down when she has shared her aviation interest telling her, “that is a boy job, you are pretty you could model.” She really longs to attend a cruise, but recognizes the cost involved and respectfully has not pushed it.  Additionally, there are not as many cruise opportunities for her age as there are for the older kids, so timing has also worked against her.  She still has a timid personality when it comes to being confident in her speech and expression in larger groups, but she is currently making all of the right choices for gaining experiences that are growing her into a bright, innovative, and positive influencer. Opportunities such as these only will encourage her confidence in her own abilities, developing her personal core values, and re-enforce her team playing.
Esther is a really great kid- not just from a doting mom aspect, but from community adults reaching out to give her praises too, as much of what I have shared is from what they have shared.  She is certainly coming into everyday growing up challenges with battling her messy room, warding off the stinkiest tween feet ever, picking up being a goober for anime, and super geeking laughing at her own jokes that were tween mumbled so only she heard them. However, she is managing to live her best life with what she has and where she is at.  Thank you for all of your time and consideration of Esther in this sponsorship opportunity. We hope to hear back from your team soon. Wishing you each an excellent day.
Graciously,
Jessi Lopez
_____________________________________________________________________________________________________ 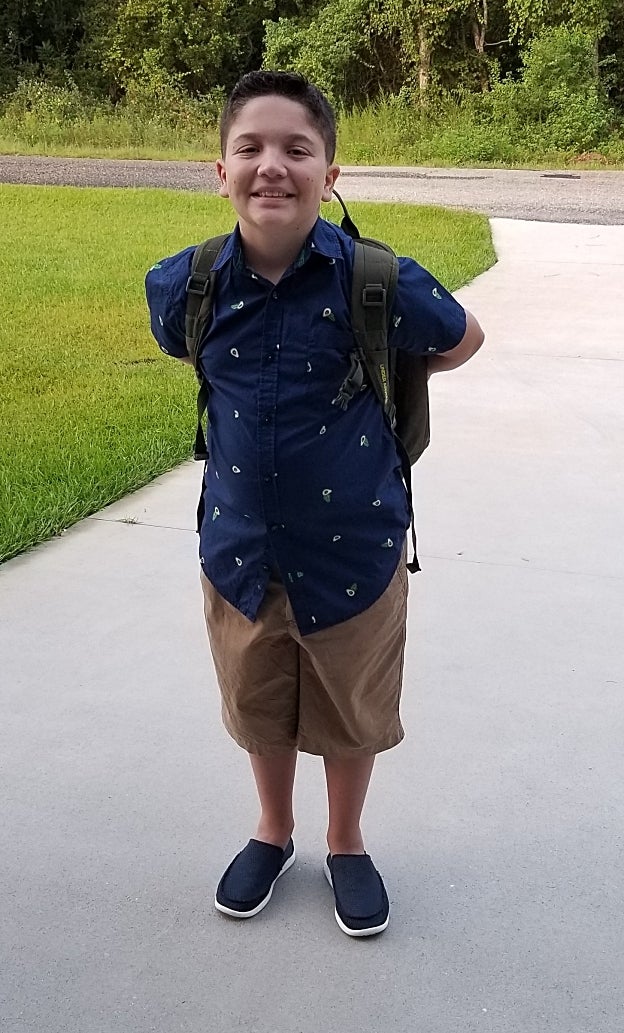 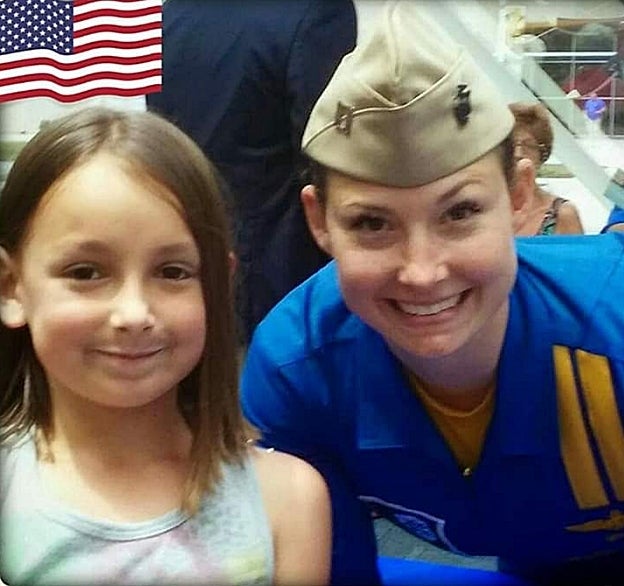 Please allow me to enter my niece, Georgia Andriate, into this contest. She's a 12 yr old 7th grader at Jim Bailey Middle School in Pensacola, Fl. 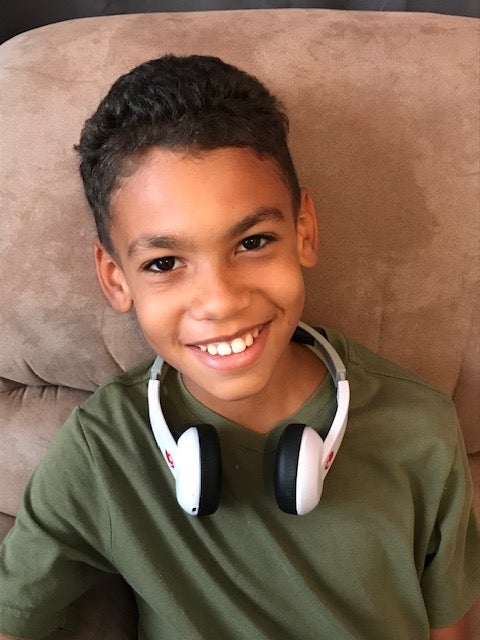 My child Micah Bachand is In The 6th grade. He has expressed interest in learning to fly. He wants to see if this is a passion he is truly interested in. He says he may one day enter the military with a desire to eventually be a secret service member.

We are a resident of Holmes county though. But there are no such options available near us. I am willing to transport him to help him develop his passions. 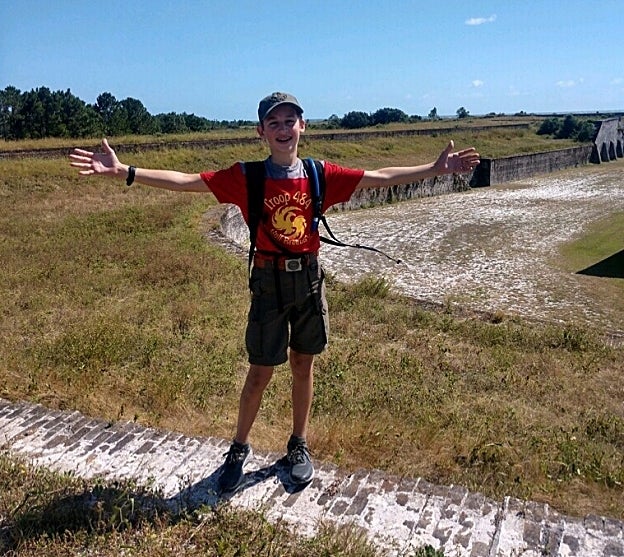 Good evening. I want to nominate my son Marshall.

Marshall is in 7th grade at Gulf Breeze Middle School. I'm nominating him because he is the kid who works hard but just isn't “advanced” academically, so he misses out on opportunities not available to regular education students. Marshall has recently become serious, for the first time, about school and has begun to understand that his academic performance will greatly effect the opportunities he has. He just made his first 100 on a science test. I don't remember this ever happening before. He is motivated to challenge himself in ways that have been a non-factor in the past, especially since he found out that being a helicopter pilot in the Coast Guard takes a lot of work. He is a good kid. He always fights for those who can't fight for themselves. He volunteers regularly with the Santa Rosa County Miracle League, escorts his 91-year-old grandma by hand any time she is walking with us because of instability from a past broken hip and always has a smile for you no matter how bad his day was. He plays Barbies with his little sister because she feels lonely being the only girl in the house, and he practices with his brother on saxophone because he wants his brother to have a chance at skipping beginning band next year. Marshall just deserves a “win” for him.