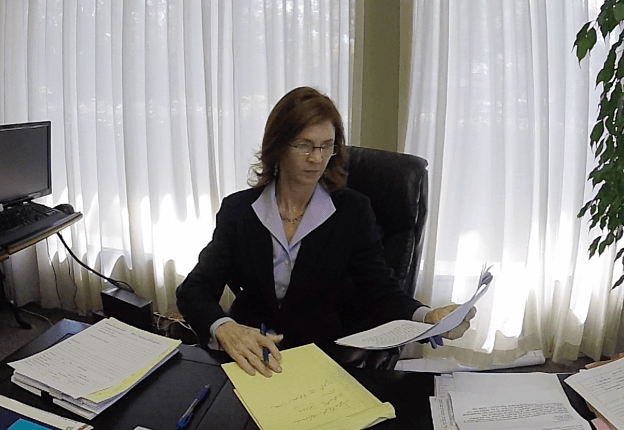 Insurance is complicated, and insurance companies know many, many ways to try to deny your claim.  Too often they work because the policyholder does not know their rights and does not contact an attorney soon enough or at all. We share cases like this with you so you can learn your rights and better protect yourself if you or someone you know ever finds yourself in a similar unfortunate situation where an insurance company is trying to harass, delay, or wrongfully deny your claim.

Our client in this matter is an orthopedic surgeon.  He spent the majority of his career assessing, treating, and surgically repairing orthopedic conditions and injuries.  Sadly, due to developing scoliosis and arthritis in the later years of his practice, he grew to be unable to stand for more than ten minutes due to severe pain that would radiate from his lower back.  As a result of the pain, our client was no longer able to perform certain types of spine and joint surgeries as he once could.  He began to reduce surgeries, his hours, his clients, and eventually was only performing in-office consultations and spinal injections.  Our client purchased long-term disability insurance, specifically an Employee Retirement Income Security Act (“ERISA”), to protect him if this very thing happened.  For this reason, once he was no longer able to perform surgeries and had not performed surgeries for some time, he filed a claim for long-term disability benefits.  The insurance company denied his claim.

Why the Insurance Company Denied the Long-Term Disability Claim

The insurance company, Provident Life and Accident Insurance Company, denied our client's claim based on an argument that he was only “partially disabled” not “totally disabled” (as required by his policy to receive benefits).  Because our client was still working, performing the functions that he could despite his back pain—primarily office consultations and spinal injections—Provident Life did not feel he was totally disabled.  Their argument hinged on the amount of money the doctor was still able to bring in, primarily from spinal injections, and ignored the fact that he was insured as an “orthopedic surgeon” who could no longer perform orthopedic surgeries.

Stephanie argued fiercely before the U.S. District Court for the Northern District of Florida that the policy was vague in only requiring the policyholder show he was no longer able to “perform the substantial and material duties of his occupation,” and that her client had done that by showing he could no longer perform spine and joint surgeries due to his long-term disability.  The Court agreed, finding Provident Life's focus on whether certain duties bring in more money than others as opposed to whether duties are core to the policyholder's insured occupation was wrong and unreasonable. The Court found our client is, as Stephanie argued, totally disabled and entitled to his long-term disability benefits.

Why Our Client Did Not Fail to Exhaust His Administrative Remedies

This is where insurance matters get complicated and ugly.  Insurance companies have pushed to have many laws enacted that allow them to make tedious arguments just like this one, which far too often allow them to deny legitimate claims.  An alleged failure to “exhaust your administrative remedies” is one of them. What this means, essentially, is that you, the policyholder, did not go through all the channels necessary before you could legally file a lawsuit in court to challenge the insurance company's denial of your insurance claim.  Some insurance policies require, before you file in court, that you go through their internal appeal process.  If this is stated in the policy, and you fail to do it before filing suit, you can lose your right to recover under the policy.

We know what you're thinking and you're right.  That doesn't seem fair as most policyholders are grossly unaware of all of the little traps and loopholes in their policies that allow insurance companies to get out of paying claims.  But, you can avoid this from happening to you by learning from this case.  In this case, the requirement that our client first file an appeal internally with Provident Life after the claim was initially denied was not stated in the policy.  It was stated in the denial letter only.  Stephanie argued—based on other decisions addressing policy language issues like this one—that a requirement that the policyholder exhaust administrative remedies before filing suit must be stated in the policy itself.  Stating it in a denial letter, which is not part of the policy, is not sufficient.  Thankfully, the Court agreed, and found our client had not failed to exhaust his administrative remedies, so he was legally permitted to file suit against the insurance company to recover benefits.

Due to Stephanie's experience and hard work in this matter, and our client's instinct to contact an attorney when his long-term disability claim was denied, we were able to recover years' worth of benefits that the insurance company wrongfully denied.  Imagine paying for insurance to protect you and losing all of your benefits simply because you did not know how to play the insurance company's game.  Insurance companies know how to play it.  They created it, and they play it well.  If you have a question about a long-term disability, please contact us.  Waiting to contact an attorney can have a severe impact on your rights and your ability to recover.  Our initial meetings have always been and will always be absolutely free.  We never charge any fee or cost to explain your rights to you.