A recent case out of the Florida First District Court of Appeals is proof: Insurance companies will often say just about anything to avoid paying claims. Unfortunately, many people do not know the law or their rights well enough to fight back when insurance companies make excuses that are almost clever enough to work.  Thankfully, this injured driver hired an experienced insurance attorney to help her with her claim and recovered insurance benefits even though State Farm said there was no coverage. 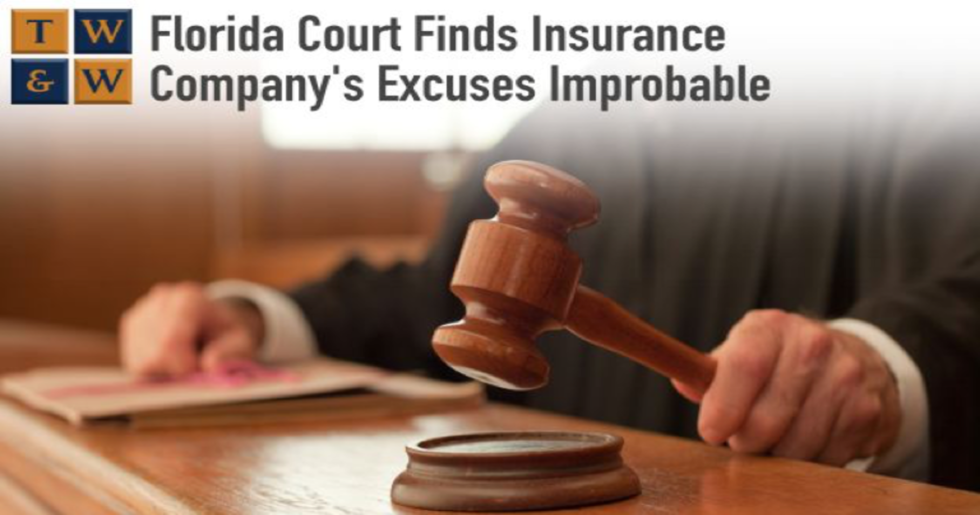 The Accident Was Caused by a Ladder In the Road

In State Farm v. Hanania, 2018 WL 644202 (Fla. 1st DCA, December 10, 2018), the driver was injured when she and two other cars came suddenly upon a twelve-foot ladder in the middle of the road on a bridge. When the driver stopped to avoid running over the ladder, she was struck from behind and injured.  Thankfully, she had uninsured motorist coverage, which we recommend all drivers obtain.  Uninsured or underinsured motorist coverage, often called “UM coverage” comes into play when you are injured by another driver but that driver doesn't have enough insurance, or no insurance at all, to pay for your injuries.  In that situation, you can then recover from your UM carrier for your damages.

Unfortunately, and we see this far too often, the driver's UM carrier, State Farm, wanted to do anything but pay her claim.  Because the accident in this case was caused by the ladder in the road, the “negligent driver” was the vehicle from which the ladder fell.  Rather than acting on the very reasonable assumption that the ladder fell off of a vehicle onto the road as a result of someone's negligence in securing the ladder on the vehicle, State Farm argued this instead:

State Farm was willing to pursue any line of argument other than a negligent driver dropped a ladder in the road, because any other argument would mean they would not have to pay the claim.  Thankfully, the trial court saw through their tomfoolery, claiming State Farm's inferences were “improbable” and denying State Farm's motion for a directed verdict, which the Florida First District Court of Appeals affirmed.

Why You Need an Experienced Attorney Fighting for You

We share opinions like these because we want drivers out there to see the lengths many insurance companies will go to, and the clever arguments they will try to make, to deny coverage.  If you don't have an experienced insurance attorney on your side fighting the insurance company every step of the way, they just might get away with it.  If you've been injured in a car accident or have questions about your insurance, please contact us for a free, no cost, no-obligation evaluation of your case.