As it has done with many consumers, Home Depot offered a homeowner in North Carolina a “free in-home water test.”  After the in-home presentation, the homeowner purchased RainSoft water treatment on credit financed through a Home Depot credit card. He was subsequently sued over the debt owed on his Home Depot card for the water treatment equipment.  In response, the homeowner brought Home Depot into the lawsuit, filing a counter-claim class action count against the retail giant on behalf of himself and all persons in North Carolina who entered into an agreement with Home Depot for water treatment equipment.  Jackson alleges Home Depot engaged in a deceptive marketing scheme by offering homeowners a free in-home water test but, once access to the home is granted, Home Depot gives instead “a well-structured, standardized sales pitch” designed to “frighten and deceive the average homeowners, and to cause concern over the safety of the homeowner's tap water” and “coerce the homeowner into buying water softener on the spot.”   These claims are almost identical to those we are pursuing against Home Depot on behalf of all Florida consumers who purchased RainSoft water treatment after an in-home sale. You can learn more about our RainSoft class action at www.twwlawfirm.com/court-finds-sufficient-allegation-of-unfair-and-deceptive-water-testing-in-rainsoft-class-action. 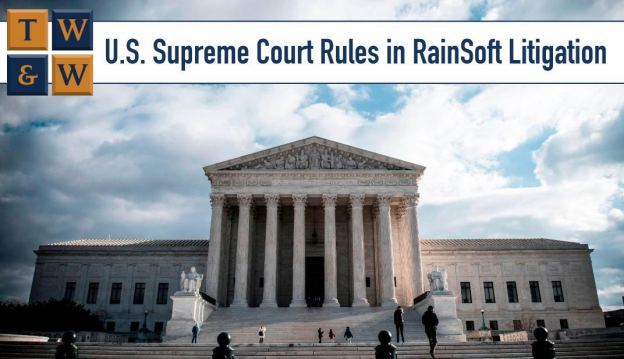 Home Depot responded by alleging that the state court did not have the right to hear the homeowner's claims for unfair and deceptive conduct.  Once in federal court, the United States District Court for the Western District of North Carolina disagreed with Home Depot and ruled the matter should be remanded back to state court.  See Cititbank, N.A. v. Jackson, 2017 WL 1091367, at *1 (W.D.N.C. Mar. 21, 2017). On Home Depot's appeal of the District Court's decision, the Fourth Circuit Court of Appeals similarly disagreed with Home Depot and again ruled the matter should be sent back to state court. See Jackson v. Home Depot U.S.A., Inc., 880 F.3d 165, 167 (4th Cir. Jan. 22, 2018). Home Depot refused to accept these decisions and, instead, took the matter all the way to the United States Supreme Court to try to prevent the homeowner from exercising his right to have his unfair and deceptive class action case heard in North Carolina state court.  On May 28, 2019, the U.S. Supreme Court entered a ruling against Home Depot and ordered this RainSoft class action to proceed in North Carolina state court.  Now—almost three years after the claims against Home Depot were initially filed—the case will finally begin to proceed on the merits of the homeowner's allegation of deceptive and unfair sale of RainSoft water treatment products. See Home Depot, U.S.A. v. Jackson, Case No. 17-1471 (Sup. Ct. May 28, 2019).