We previously reported on a ruling out of the U.S. District Court for the Northern District of Florida findingHome Depot and RainSoft's collaborative use of in-home water testing was sufficient to support allegations of deceptive and unfair conduct.  It appears, however, that Florida is not the only state where this is occurring, and RainSoft has started legally targeting private citizens who speak out about it.

The LazyMan and Money Blog 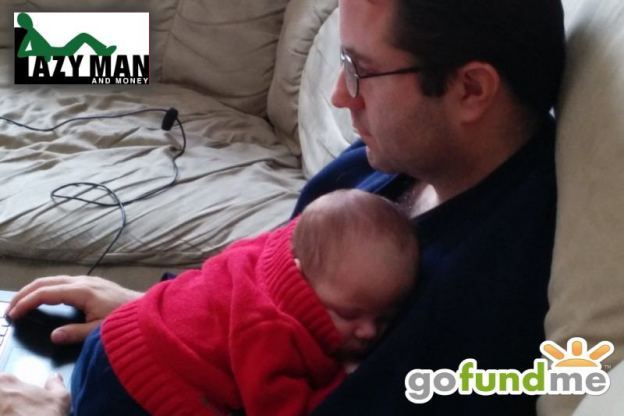 Meet LazyMan. He is an active duty military family man in New England who also writes a personal blog on economics at www.lazymanandmoney.com. You can learn more about LazyMan, aka “Brian,” here. “I've been interested in personal finance since I was around 13 years old” Brian explains in his blog, which he started because he has “some different views on finances and Money Magazine usually doesn't cover them.”

While in Home Depot shopping with his wife, Brian saw an offer for a free water test where you mail in a sample of your water.  After mailing in his sample, Brian was quickly contacted by a RainSoft-affiliated representative who informed Brian and his wife that the test results were “problematic” and that RainSoft would be happy to have someone talk to them about it in person.  Shortly after, a RainSoft salesperson came to their home to perform an in-home water test and attempt to sell Brian a variety of RainSoft water treatment products.

As a curious economist, Brian felt compelled to write a piece on his LazyMan blog about the in-home water test, which he called a RainSoft “magic show.”

“The demonstration started with him adding some chemicals and a yellow dye to each bottle.  He explained that this just expands what's in the water and makes it easier to see. What surprised me is that water from the Pur filter was essentially unchanged from our tap water.  They each were quite foggy with something that appeared to be a “phlemmy-type” substance flowing in it.  The water from the RainSoft was clean, except for the yellow dye.  The salesman referred to this as a ‘problem' with our water.”

(Excerpt from LazyMan blog “Is Home Depot's Water Test from RainSoft a Scam?” You can view the full article and its 744 comments here.)

Brian was very skeptical of this in-home water demonstration, and—in his blog about the experience—he described the test and then provided links to publicly available video clips on YouTube debunking the sort of testing the RainSoft representative performed in his home.  As a result, Brian was sued by RainSoft for defamation concerning his opinions about RainSoft's testing and marketing tactics.

Ultimately, after years of litigation, Brian won the case, (the court's order can be  viewed here), but Brian notes in his blog:

“It has cost me thousands of dollars in lawyers' fees to defend my right to express my opinion to help save you money. It's much more money than this article will ever make. Ironically I would have been much better off just spending the thousands on [a] RainSoft system.

I really love helping people, but as the saying goes, no good deed goes unpunished.

If you believe this article saved you money, I humbly ask that you consider paying it forward. You can help keep this article alive for others by making a donation via GoFundMe.”

(Excerpt from LazyMan blog “Is Home Depot's Water Test from RainSoft a Scam?”)

RainSoft has now filed a notice of appeal to the U.S. Court of Appeals for the First Circuit which means Brian will almost certainly have to continue spending significant sums of money on lawyers to fight RainSoft's legal bullying. Tactics such as those employed by RainSoft against a private citizen simply for speaking his mind about their deceptive marketing practices are unfortunate and disheartening.  Due to his efforts, however, word is spreading about the limited and misleading nature of in-home water tests as indicated by the numerous comments to his blog (which can be viewed here).

If you have any concerns or questions about the quality of your drinking water, contact your local water supplier and ask for a copy of their annual water quality report, known as the Consumer Confidence Report.  You can also find an independent certified lab to test your water by calling the Safe Drinking Water Hotline at 800-426-4791 or at www.epa.gov/safewater/labs.